Generally, “custody” can be obtain in one of two ways: (a) you are an unwed parent and wish to establish a recognition by the state that you are the lawful parent and custodian of a child.  Most often this arises when an UNWED mother needs to establish legal custody (and paternity) in order to secure child support from the father through court order.  (b) As part of the dissolution of marriage.  Where a couple with children is divorcing, a determination of custody and support is required before the divorce can be finalized.  Any orders entered after hearing(s) on the issue, during the pendency of the divorce, will be incorporated into the final judgment of divorce. *(There is a 3rd way: Custody may be acquired by the state in a “removal” proceeding—where the children are removed from the custody of the parent or guardian.  This will happen at the instigation of an action by a state agency or the Court itself.)

If physical custody is granted to one parent (the “custodial parent”), that parent is entitled to receive child support, for the benefit of the child, from the “non-custodial parent”.

If, as your question implies, you are a non-custodial parent ordered to pay child support and you want to assume physical custody to avoid future child support obligations, the short answer is: It’s Possible IN THEORY.  However you have a long, legal battle ahead.

You can file a Complaint for Modification of Custody (so called in MA–each state will have its equivalent).  This is an application to change an EXISTING order. You must be ready to give cause to the court why the existing order should be changed, and why you are the better custodian of the child. To summarize a lot of jurisprudence on the subject, you have to (a) show a substantial change in circumstance (b) prove the change in custody is “in the best interest of the child”.  Moreover, if you owe payments or money on the prior order of support, you cannot absolve the debt through assumption of the custody.  You still have to pay all arrearage (and interest and penalties, if any) under the original child support order. 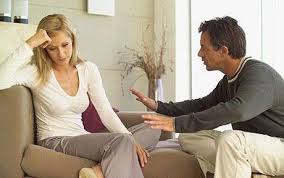 While assuming custody to avoid child support payments may sound like a smart idea, it’s really not in most cases.  A non-custodial parent would have to balance the savings in payment versus the cost of actually rearing the child (custodial parents usually carry 80% of the cost of rearing a child, despite the support payments) as well as the time and cost of litigating the modification order, with unfavorable chances of prevailing.